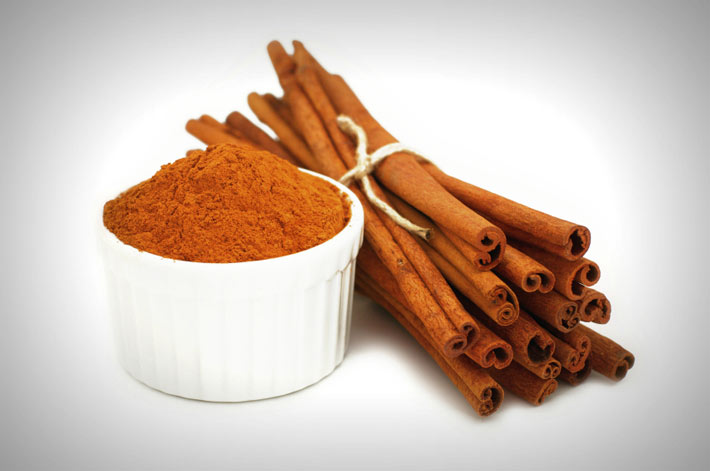 Cinnamon is an absolute favourite spice of mine! It adds such fabulous flavour to both sweet and savoury dishes. As a naturopath I also love Cinnamon for its health benefits. Many of Cinnamons benefits are related to metabolic health, however as with most herbs and spices rich in essential oils, Cinnamon has benefits for the digestive tract, reducing symptoms such as flatulence, nausea and heartburn. It can also help to inhibit the growth of many pathogens including Candida albicans (responsible for yeast infections), Helicobacter pylori (linked to stomach ulcers) and Escherichia coli.

If you have any problems with insulin resistance, Type 2 diabetes, metabolic syndrome and carrying extra weight, then I would recommend regularly including Cinnamon in your diet. As there is an explosion in the incidence of type 2 diabetes and obesity there are many, many people out there who can benefit from Cinnamon’s metabolic effects. Type 2 diabetes is a preventable disease and can be avoided by making healthy dietary choices, exercising regularly and maintaining healthy body weight. Type 2 diabetes is a chronic metabolic disorder which results from a reduction in insulin secretion and the development of insulin resistance in major target tissues . Studies have shown that 69 % of type 2 diabetics are overweight or obese, and an additional 75 % have a physical activity level that is classified as sedentary.[1]

Numerous clinical trials have demonstrated the efficacy of Cinnamon to:[2],[3],[4],[5]

Cinnamon can be added to oat bran to make a lovely porridge to start the day, added to a Chai spice mix and drunk as an invigorating tea, mixed into curries for added spice or sprinkled through your favourite dessert for added zing!

You might find it useful to have a look here - I have a lot of followers and you will get a feel for what I do!